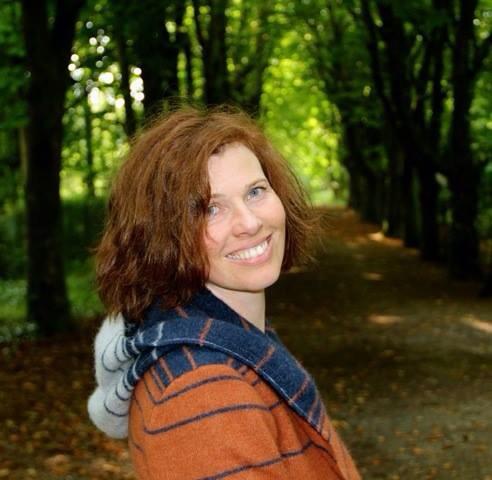 You can go here to read Mary’s biography.

I met Mary many years ago, when I was still living in Ireland. I came over to Glen’s place for a cuppa tea one day and there she was in his garden, helping him to plant some onions. I fell in love with Mary straight away. Her hands and shoes were covered in mud, and her chestnut hair was held up with pins in the most beautifully wild way. Her woolen swather was well worn and it’s threads intertwined with strands of dried grass, revealing how common spending time in a garden was for her. She contained within her the earthiness of her people which I loved and enjoyed during my time living in Ireland. I saw standing in front of me a most beautiful woman who’s smile was lighting up the garden which had been growing dim with the setting of the sun. Who’s eyes, as the windows to her soul revealed an old friend of mine. The eyes that glowed with laughter and merriment as if to invite and embrace all who enjoyed her gaze.

After this encounter, Mary and I became very good friends. I grew inspired by her work as she grew inspired by mine, until an idea was born to combine them. Being a garden designer, Mary’s work would entail drawing up her designs on big sheets of paper, which I found to be works of art in themselves. Her sketches of trees, mounds, rocks and spirals drawn in the finest of lines were something I could look at for hours and be happy to frame and put on my walls.

During one of my visits in her home on the west coast of Ireland I noticed fastened by a magnet to the door of her fridge a drawing clearly made by her hand. One which did not contain a design of a garden, however. Instead, it portrayed figures and other imagery. Upon inquiring about this lovely artwork, she shared with me that it was a kind of a prayer, a way to manifest in the lives of her and her two children that which she longed and wished for. She thought of her wish while making this drawing, all the while invoking it’s presence in place of it’s lack, then putting it in somewhere in their home she would see it often to remind her and keep this image always present in her mind.

This made me think how lovely it would be to have a visual representation of every song on MUNA. To have them as little prayers and invocations of the energy held by the music and the words. For there is no better way to integrate new impressions then to both hear and see them. And so it happened that Mary began drawing these prayers while I worked on writing up the lyrics of the songs. She would send one every week, each one more beautiful than the other, until the collection was complete, and all 11 of them incorporated into the booklet.

If you would like to have your own prayer made by her, I’m sure she would be happy to make you one too 🙂 It does not hurt to ask anyway 🙂 In time, Mary’s drawings from MUNA’s booklet will be available to buy as full-sized prints. Until then, I hope you enjoy them as part of the record 🙂
Love,
Marketa

You can go here to read Mary’s biography.