Wounded soldier, rest a while.
In this house you’re safe from harm.
Let the war fight itself.
Don’t be alarmed-
Though I wear a uniform of your army’s enemy,
I am no enemy to you.

We didn’t start this war, or the one before.
All we’ve ever wanted was to live in peace.

War is the mindset of those threatened by the thought
Of losing power, and control, don’t you see
We have been our worst enemy.
But you and I have minds of our own,
We can choose to disengage,
From the collective misperception,
Of the kind of war that’s being waged here.
We’re living in fear.

Life, like the stream running through,
The many hills and plaines of landscape you,
To meet the greater body of the sea.
There, not diminished but built upon,
It returns itself to where it came from,
So can it be with you and me.

We are the heart and soul of our greater whole.
All we’ve ever wanted was to come home to ourselves.

Since time immemorial there’s been conflict and war,
Each new one greater than the one before.
Don’t you see we have been our sole enemy?
But you and I can break the circle,
We don’t have to feed the flames.
Pointing fingers, blaming others.
We are all to blame around here,
For living in fear. 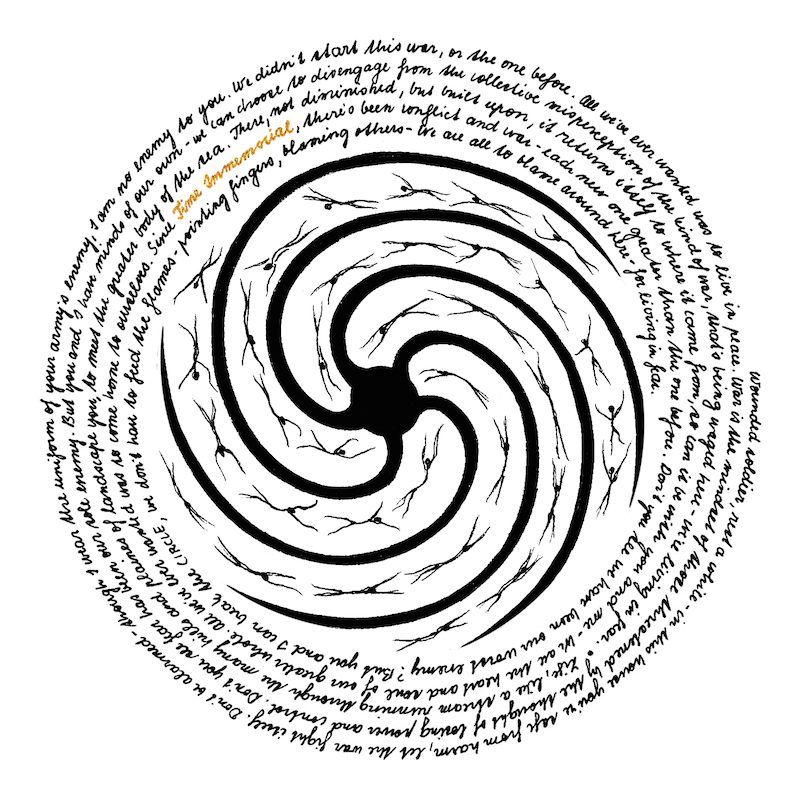